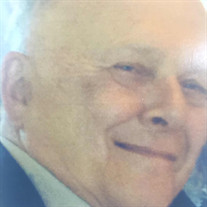 **UPDATE** Funeral Mass - Saturday January 9, 2016 10am at St. Kathryn's Church 4 Dracut Rd., Hudson. Gerald R. DesRoches of Hudson, NH died suddenly in his home on Sunday, December 27, 2015. Born in Littleton NH, spent most of his life in Hudson, NH. Graduate of Alvirne High School, class of 1954. US Army Veteran. Owner of Wilfred's Barber Shop in Nashua, NH for over 50 years. He was an avid runner who enjoyed running with his friends at the YMCA in Nashua, NH for many years. He completed several marathons, including 5 Boston marathons. Jerry, as he was known by family and friends, was never happier than when he was surrounded by his very large family. He is survived by his loving wife of 60 years, Charlotte (Ballard) DesRoches, his brother Ronald DesRoches and his wife Andrea of Pennsylvania, and his (5) children; Tony and Linda DesRoches of Merrimack, NH, J. Scott and Jeanne DesRoches of Litchfield NH, Kerrie (DesRoches) and Andre Michaud of Merrimack NH, Gail (DesRoches) Noton (wife of Nigel P. Noton, deceased) of Merrimack NH, and Dale and Barbara DesRoches of Litchfield, NH; 15 grandchildren; 12 great-grandchildren; and several nieces and nephews in PenHe was a communicant of Saint Kathryn's Church in Hudson, NH for many years. Visiting Hours will be held on Wednesday December 30th from 3-5:30pm at the Dumont-Sullivan Funeral Home, 50 Ferry St., Hudson, NH with a Prayer Service beginning at 5:30pm in the Funeral Home. Mass and burial will be at a future date. in lieu of flowers, the family has asked that donations be sent to: the National Arthritis Foundation, P.O. Box 96280, Washington, DC 20077.

The family of Gerald DesRoches created this Life Tributes page to make it easy to share your memories.