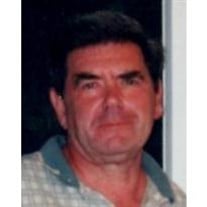 George H. Petersen Jr., 75 of Litchfield, NH passed away March 15, 2012 at Bedford Hills Nursing facility in Bedford, NH surrounded by his family, after a courageous battle from a massive stroke  ten years ago. Born in Lexington, MA, August 19, 1936, he was the son of the late June (Hart) Petersen and George H. Petersen.  He is survived by his wife of 53 years Judith A. (Marshall) Petersen of Litchfield, NH, son George H. Petersen III, daughters Deborah A. Sutton, Keri D. Moore and son-in-law Todd Moore.  Grand children Danielle and Brittany Sutton, Nicole and Kristin Petersen, Ashley and Caitlin Anzalone, and Nicole and Stephanie Moore.  Great grand children Briannna, Davin and Keara.  Also brother Melvin Petersen of Chelmsford, MA., Sister-in-law Sandra Marshall, and Brother-in-law Sidney Marshall along with nieces and nephews. George proudly served in the United States Marine Corps from 1954 to 1957 with an honorable discharge. He worked at Burlington Foundry, Burlington MA for many years, for the Lowell Sun, Lowell MA  then went on to Somerville Lumber Co. as a Shipping Manager.  George was a long time resident of  Chelmsford, MA, and served as Exalted Ruler of the Chelmsford Lodge of Elks from 1979 to 1980. George was well known for his quick wit and sense of humor.  He had a passion for life and enjoyed golfing, cooking, traveling, wood working,  and construction.  Mostly he enjoyed spending time with his family, friends and his faithful dog Chloe. George has touched many lives over the years.  He was a “one of a kind” and will be greatly missed by all who new him. Visiting Hours will be held Mon. March 19th from 5-8pm at the DUMONT-SULLIVAN FUNERAL HOME, 50 FERRY ST., HUDSON, NH with a prayer service beginning at 7:30pm. A military graveside service will be held on Thurs. March 22nd at 11am at the NH State Veterans Cemetery in Boscawen, NH.

The family of George H. Petersen created this Life Tributes page to make it easy to share your memories.