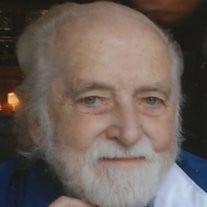 George James Matthews, age 77, of Nashua, NH died at Massachusetts General Hospital Monday, July 1, 2013 after a short illness. He was the second of twelve children and the first boy of the late Harold and Ethel (Waterworth) Matthews of Lowell, MA. He held many positions in his long career. As a young man he was a Pin Setter in a bowling alley, a Shoe Maker in a shoe factory, and he mowed lawns for a few summers. After serving his country as a Navy Radioman in Morocco, he returned to Lowell. He took a job as a Security Officer at Avco in Lowell and went to Merrimack College at nights to better himself. After graduating from Merrimack he went to Northeastern University where he received his Master’s Degree. He accepted a position with the Federal Government as an Investigator in 1966. It was a job he loved and excelled at until his retirement in 2007. He married his devoted, loving wife, Janice Marie Levesque on September 14, 1963. They were married for 49 years and lived their lives with love. Together they had four children: Jennifer Christine, who predeceased him in 1970. The loss of his first child was a heartache that he carried throughout his life. (His family knows that they are now reunited); Sarah Christine, who married Keith Goldsack in 1996 and gave him two beautiful grandchildren, Isabelle Christine and Dominic James; Nathaniel Christopher who married Sherrylynn Andrade in 2012, and Joshua Christopher who married Jennifer Schoenig in 2004 and gave him two beautiful grandchildren, Hadleigh Christine and Cohen Christopher. He was a dedicated husband and father and always wanted to do the right thing. He raised his children with so much love and taught them to be loving, kind, compassionate people who carry his principles with them every day. He loved family gatherings and was always happiest when his children and grandchildren were in the house. Even when he was sick the sound of the children running and laughing always cheered him up. When a condo development was planned for the old Pelletier Pig Farm he knew it would not be good for the surrounding area. He became very involved in fighting against the developer. He organized news conferences, wrote letters to the editor, and spoke at town meetings. After a year of vocal protest, the land was declared protected wetlands. He drove a Toyota Corolla to work every day and maintained it at Sullivan Tire. When the car was approaching 400,000 miles, he took it as his own personal challenge to make the car last as long as possible. When it reached 500,000 he and the car were featured in a Telegraph article and a segment on the Channel 9 news. His children referred to the car as his “riding lawnmower” because it seemed to have only that much power. When it finally reached 513,000 miles it practically fell apart. When he went into the Toyota dealership all the salesmen knew his name because his picture and the article were on the wall. He always believed in doing the right thing even when it was not the easy way to do it. His philosophy was to live a good life and treat people with respect and dignity. He raised his children with those same principles. They will miss his love and guidance because they knew they could come to him with any problems or concerns and he would help them figure it out. Besides his wife, children and grandchildren he is survived by his brothers and sisters: Pat Flynn, Barbara Bell, Norma Matthews, Kathy Alexander and her husband Chuck, Pam McKeon, Sr. Cindy Matthews, O.S.F. , Harold and his wife Hope, Donna Kilgore and her husband Bill, Cheryl Durdovic and her husband Mike, Joe and his wife Sue. He was also predeceased by his sister Mary Theresa. He also leaves behind Father Dan Lanahan, O.F.M. Father Dan is a long-time friend of the Matthews Family. He enjoyed talking about the Red Sox, Celtics & Patriots. He went to many games with his sons. They had two season tickets to the Patriots and the boys alternated attending games with their father until he could no longer attend. He lived his life with pride and he took pride in everything he did. His house was no exception. He kept the front lawn green with a weed nowhere to be seen. He kept the backyard full of flowers and bird feeders. He was proud of his life. His children are proud that they can call him their father. He will be missed every day. Visiting hours will be held on Tuesday July 9th from 4-7pm in the Dumont-Sullivan Funeral Home, 50 Ferry St., Hudson. A Service of Remembrance will be celebrated the following morning at 11:00am in the Funeral Home. All May Arrive Beginning At 10:30am. Burial will be private. In lieu of flowers the family has requested that donations be made to National MS Society, Greater New England Chapter, P.O. Box 845945, Boston, MA 02284-5945.

George James Matthews, age 77, of Nashua, NH died at Massachusetts General Hospital Monday, July 1, 2013 after a short illness. He was the second of twelve children and the first boy of the late Harold and Ethel (Waterworth) Matthews of Lowell,... View Obituary & Service Information

The family of George J. Matthews created this Life Tributes page to make it easy to share your memories.