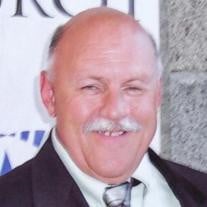 Gary Michael Buzzell, 64 of Hudson, NH died Wednesday January 9, 2013 at the Southern NH Medical Center in Nashua surrounded by his loving family. He was born May 31, 1948 in North Adams, MA, son of Genevieve (Klawitter) Buzzell of Wilmington, DE and the late Harold Buzzell. Gary was the husband of Debbie (Ashton) Buzzell of Hudson, with whom he shared 35 years of marriage. Gary was a Marine Veteran having served in the Da Nang area of Vietnam and was a member of the American Legion Post 48 in Hudson. He was currently employed as a rural carrier for the U.S. Postal Service in Londonderry, NH and previously owned and operated Redford Auto Simonize in Hudson. He was an avid sports fan who loved the New England Patriots, Boston Red Sox, Boston Bruins, and Boston Celtics. Gary enjoyed fishing, shooting pool, bowling, golfing and gardening. Gary will be remembered for his dedication in coaching many youth sports teams in Hudson, his enjoyment of all things Frank Zappa, and most of all, his love and dedication for family and friends. Besides his loving wife Debbie and mother Genevieve, survivors include a son Trevor Buzzell of Nashua, a daughter Amy Buzzell of Boulder, CO, a brother William Buzzell and his wife Leanne of Baltimore, MD, a sister Faye Haun and her husband Ken of Yardley, PA, a granddaughter Lola Faye Poole of Hudson, a brother in law and a sister in law Bob and Linda Ashton of Brookline, NH, many nieces and nephews and their families, as well as numerous friends. He is also survived by two dogs, Charlie and Tyson and a cat, Parker. Visiting Hours will be held on Monday, January 14th from 4pm - 6:30pm with a Prayer Service beginning at 6:30pm in THE DUMONT-SULLIVAN FUNERAL HOME, 50 FERRY ST. IN HUDSON. Burial will be held at a later date. In lieu of flowers the family requests donations to help support youth sports programs in the Town of Hudson and may be made in Gary’s loving memory to the Town of Hudson Recreation Dept., 2 Oakwood St., Hudson, NH 03051 or the the First Church of Nashua UCC, 1 Concord St., Nashua, NH 03060.

The family of Gary Buzzell created this Life Tributes page to make it easy to share your memories.