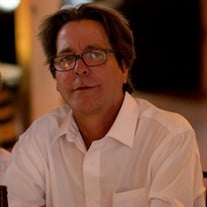 Edmund Thomas Blank, family man, jokester, hard worker, lover of all thing’s cars, and a friend to all, passed away on April 29th, 2022. Ed was born in Long Island New York, later moving to Merrimack, NH, where he grew up spending hours in the garage working on cars with his father, Bill Sr. and brothers, Bill and Chris. As he became older, cars and racing became a big part of Eddie’s life. He enjoyed watching NASCAR with his family every Sunday and cheering on his favorite driver, Dale Earnhardt. Eddie was the middle child of 3 boys, and he enjoyed growing up with two best friends that were always around to go snowmobiling with during the cold New England winters. Being born into an Italian family, Eddie loved his mother Pam’s homemade cooking, especially her corn beef and cabbage and Italian broccoli. Aside from his immediate family, Ed grew up with his mother’s best friend Mary, whom he considered his second mother. Mary remembers Ed riding his dirt bike around his neighborhood as a child and always watching out for the other children’s safety. There is no doubt that Eddie had a gentle and caring soul. In 2001, Ed met his wife, Kathy, who he lovingly referred to as his “Baby Girl” and she, in return, called him “Bear”. Ed adored Kathy since the moment they met at a local jazz bar in Merrimack, NH. During their almost 16 years of marriage, Ed and Kathy were everything to each other. They took yearly trips up to York Beach where they enjoyed playing skeeball and going out to eat. They looked forward to spending the holidays in Laconia and Hampton with family, and had many nights at home, just the two of them, cooking Ed’s specialty, meatloaf. For 18 years Ed worked at Hollis Construction in Hudson, NH, where he took great pride in his work. His love of vehicles and mechanics was utilized perfectly in his job. Ed’s work was not simply work for him; it was a source of enjoyment. The people he worked with at Hollis Construction were family to him. Ed loved everyone. When Ed spoke to anyone, even in the supermarket checkout line, they would be his friend by the time they paid for their groceries. Some of his family and friends joke that Eddie was the “un-grinch” because his heart was two sizes too big. He was always honest and wore his heart on his sleeve, which meant nobody ever had to guess what Ed was thinking. If he was happy, he’d be laughing and joking, and if he was annoyed, he would make sure to give an eye roll, or two. Despite whatever life threw at him, Ed stayed resilient, steadfast, and unshakeable. His pureness of heart and spirit and ability to keep those qualities through life’s ups and downs were hallmarks of his character. Family was everything to Ed and he loved his family with his whole heart. You always knew he would be there for you. Ed’s ability to spread happiness and laughter expanded when he became an uncle to Tyler, Caden, Kaia, and later when Erin and Caroline became his bonus nieces. He loved children and loved to make them smile. On one occasion, Ed came rolling through his brother Bill’s neighborhood in his dump truck, blowing the horn for all the neighborhood kids to enjoy. His gentle and caring soul and protective nature made him a wonderful uncle, always jokingly teasing his nieces and nephews, and enjoying watching them grow through their own milestones. It shouldn’t be forgotten how Eddie formed strong bonds with the dogs in his life. He had his own dog, Harley and loved his brother’s dog, Berkley. He enjoyed playing with them and sneaking them table food when no one was looking. His family takes comfort in that he is now able to be reunited with these two beloved dogs. Ed was loving husband to Katherine Rose Blank, beloved son to William J. Blank Sr. and Pamela Emma Blank (Persson), brother to William J. Blank Jr. and his wife Janis Blank, and Christopher Blank and his wife Michele Blank, longtime family friend to Mary Bearor (his 2nd mom) and husband Tom Bearor, uncle to Tyler, Caden, Kaia, Erin, and Caroline, son-in-law to Joseph W. Schmitt and late Diane Schmitt, and brother-in-law to Karen Schmitt. Friends and Family are invited to join us in remembering Ed Blank, Wednesday May 4, 2022, with visitation from 9:30am-10:30am followed by a Service of Remembrance at 10:30am, in the Dumont-Sullivan Funeral Home, 50 Ferry St. Hudson, NH. A Graveside Service will immediately follow in Holy Cross Cemetery, Hudson, NH.

Edmund Thomas Blank, family man, jokester, hard worker, lover of all thing&#8217;s cars, and a friend to all, passed away on April 29th, 2022. Ed was born in Long Island New York, later moving to Merrimack, NH, where he grew up spending hours... View Obituary & Service Information

The family of Edmund Blank created this Life Tributes page to make it easy to share your memories.