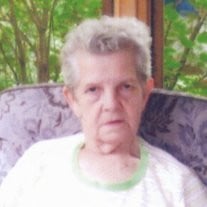 Dorothy (Henderson) Courtemanche, 78 of Nashua, died Saturday May 4, 2013 at Greenbriar Health Care in Nashua. She was born April 19, 1935 in Nashua daughter of the late Elmer and Regina (Desmanches) Henderson. Dorothy was also predeceased by her husband, Alfred Courtemanche as well as by four brothers; Ernie, Frankie, Bob, Billy, and three sisters; Hazel, Phyllis, and Florrie. Dorothy was employed with Bemis Bag Company in Nashua for over 20 years. She volunteered for many years with the Salvation Årmy and always enjoyed shopping and taking trips to the beach. Her loving family includes a son William Courtemanche and his wife Sharon of Nashua, a daughter Patricia Cote and her husband Guy of Nashua, two step sons David Courtemanche and his wife Sandy of Nashua, and Alan Courtemanche of Florida. She is also survived by a brother, Ray Henderson and his wife Lily of Schenectady, NY, three sisters; June Bouley of Hudson, Frannie Rodriguez of Hudson, and Mary Patten of Lowell, MA. Also five grandchildren; April, Cathy, Jamie, Matthew, and Michael, two great grand children, and many nieces, nephews, and cousins. The family would like to thank the staff of Greenbriar for the wonderful care and comfort they provided. Visiting Hours will be held on Wednesday May 8th from 9am-11am, with a Prayer Service at 11am, in THE DUMONT-SULLIVAN FUNERAL HOME, 50 FERRY ST. IN HUDSON. Burial will follow in St. Patrick Cemetery in Hudson.

The family of Dorothy Courtemanche created this Life Tributes page to make it easy to share your memories.