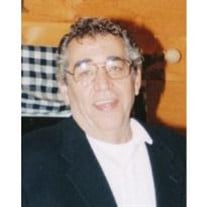 Donald “Jeep” Holt, 71 of Derry, NH died Monday January 2, 2012 at Elliot Hospital in Manchester following a lengthy illness. Jeep was born November 21, 1940 in Nashua son of the late Harold and Gladys (King) Holt. He was also predeceased by a brother Ralph Holt and a sister Bernice “Bunny” Boilard. Jeep was the husband of Jane (Lamprey) Holt of Derry. Jeep was an Army Veteran of Vietnam and was stationed in Germany. He and his wife Jane operated Holts Antique & Collectible Show and Sale for 37 years in Hudson. He held an Auctioneers License as well as a Notary Public and Justice of the Peace Licenses. Jeep also worked 15 years at Bingo with St. Thomas Church in Derry. Besides his loving wife Jane, survivors include a step son Joseph P. O’Brien of Watertown, MA, a son John P. Holt of Vero Beach, FL, a nephew who was like a son Michael Shane Holt and his wife Sara and their daughter Kayla of Sandy, UT, a granddaughter Bethany Jane Everett and her husband Andrew of Manchester, three sisters Gloria Stultz of Englewood, FL, Barbara Costa of Tilton, NH, and Cynthia “Cindy” Holt of Sanbarton, NH, a brother Harold “Mickey” Holt and his wife Dee of Florida. He is also survived and will be missed by many nieces, nephews, cousins and friends. He was also looking forward to the arrival of his first great grandchild to be born this February. Visiting Hours will be held on Thursday January 5th from 5pm-8pm in THE DUMONT-SULLIVAN FUNERAL HOME 50 FERRY ST. IN HUDSON. A Graveside Service will be held on Friday January 6th at 10:30am in the NH Sate Veteran Cemetery in Boscawen, NH. ALL MAY MEET AT THE CEMETERY. In lieu of flowers the family encourages donations be made in Jeep’s loving memory to the American Lung Assoc. of NH, 20 Warren St., Suite 4, Concord, NH 03301.

The family of Donald "Jeep" Holt created this Life Tributes page to make it easy to share your memories.