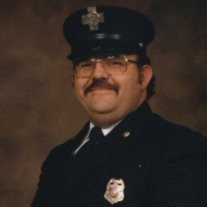 Dennis R. Vaillancourt, 60 of Londonderry, passed away suddenly on Wednesday January 23, 2013 at the Parkland Medical Center in Derry. He was born December 5, 1952 in Nashua, son of the late Harvey Joe and Yvette (Cloutier) Vaillancourt. Dennis started his career in fire fighting at the age of 14 with the Hudson NH Junior Fire Fighters. In 1970 he worked for United Ambulance and in 1971 he joined the Nashua Fire Department until his retirement in 2000. Dennis was the city of Nashua’s first Emergency Medical Technician. He also taught CPR at local schools and at the Nashua Chamber of Commerce. In 1997, he was named Fire Fighter of the Year by the Nashua Chamber of Commerce for his life long dedication and professionalism. He was passionate about his career and always willing to help others. After his retirement, he continued to be involved with the fire department as the Chairman of the Awards Committee. He leaves behind his loving wife Kathleen (Godin) Vaillancourt, to whom he was married for 35 years, his son Brian Vaillancourt and his beloved Elizabeth Szewczyk of Londonderry, his son William Vaillancourt and a daughter in law Ann of Manchester, his step grandson Josiah Cope, step granddaughters Tabbatha, Candice, and Brielle Fortune, as well as his mother in law Norma Godin of Nashua, brothers in law David Godin and his wife Susan of Nashua and their children Mark Godin, Cindy Godin, and Brooke Brayboy; Patrick Godin and his wife Audrey of Kentucky and their children Jennifer Escobar, Jared Godin, and Alexander Godin; Christopher Godin and his wife Kathryn of California and their children Brandon Godin and Jessica Godin. Also, many aunts and uncles. Following cremation, Visiting Hours will be held on Monday January 28th from 4pm-6:30pm with a Prayer Service at 6:30pm in THE DUMONT-SULLIVAN FUNERAL HOME, 50 FERRY ST., IN HUDSON. Burial will be private. In lieu of flowers the family requests donations be made to the International Association of Fallen Fire Fighters Memorial, 1750 New York Ave., NW, Washington, DC 20006 or online at https://member.iaff.org/pvprod/idonate/ifund.aspx?swCh=f&bBO=PA&AcctGrp=W_FND

Dennis R. Vaillancourt, 60 of Londonderry, passed away suddenly on Wednesday January 23, 2013 at the Parkland Medical Center in Derry. He was born December 5, 1952 in Nashua, son of the late Harvey Joe and Yvette (Cloutier) Vaillancourt. Dennis... View Obituary & Service Information

The family of Dennis Vaillancourt created this Life Tributes page to make it easy to share your memories.