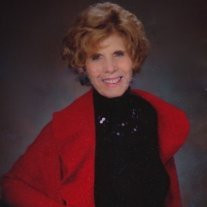 Dawn (DeFelice) Richards Machovic, 74 of Nashua, NH died Wednesday September 4, 2013 at the Southern NH Medical Center in Nashua following a courageous battle with cancer. Dawn was born December 10, 1938 in Wakefield, MA daughter of the late Paul and Theresa (Nasella) DeFelice. She was also predeceased by her first husband, John T. Richards, Sr. as well as by her brother, Paul DeFelice. Dawn was the wife of Stephen A. Machovic, Jr. of Nashua with whom she married in 2011. Dawn attended the Melrose-Wakefield Hospital School of Nursing and became an R.N. in 1959. She later attended classes at Northeastern University where she studied English. Dawn was previously the Director of Nursing for Bear Hill Rehabilitation and Nursing Center, a maternity nurse at Melrose-Wakefield Hospital, and was an office nurse for Dr. Anthony V. Nigro with Reading Pediatrics. She resided and raised her family in Reading, MA for 30 years and moved to Nashua, NH in 1995. While living in Nashua, Dawn was employed as an RN with St. Joseph Hospital satellite offices and more recently she was employed with Persian Rug Galleries where she worked in the Human Resources Dept.. Dawn recently published her book, “The Cancer Table” of which she and her family were very proud. She enjoyed writing, floral design, public speaking and was a member of the Toast Masters. Dawn’s greatest joy was spending time with her family and she will be greatly missed by all who knew her. Besides her loving husband Stephen, her devoted family includes two daughters; Linda Richards and her husband Robert Naphen III of West Bridgwater, MA, Donna Lee Richards and her husband Martin Walsh of Nashua, NH, a son; John T. Richards, Jr. and his wife Kim of Rockport, MA, two grandchildren; Evan Richards and Tara Richards, two brothers; Lee DeFelice of Colorado Springs, CO and Michael DeFelice of East Hampstead, NH, also her stepmother; Darnell DeFelice of Nashua as well as many aunts, uncles, nieces, nephews, cousins, and dear friends. Visiting hours will be held on Sunday September 8th from 2pm-6pm in THE DUMONT-SULLIVAN FUNERAL HOME, 50 FERRY ST. IN HUDSON. A funeral mass will be celebrated on Monday September 9th at 11am in Immaculate Conception Parish, 216 East Dunstable Road, Nashua. All may meet at church. Burial will be in St. Louis Cemetery, Nashua. In lieu of flowers the family encourages donations be made in Dawn’s loving memory to Susan G. Komen for the Cure, Attn: Donor Services, PO Box 650309, Dallas, TX 75265-0309 or St. Jude Children’s Hospital, 501 St. Jude Place, Memphis, TN 38105.

The family of Dawn Richards Machovic created this Life Tributes page to make it easy to share your memories.