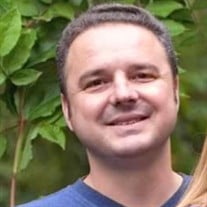 After a long and heroic battle with cancer, David Peter Lentini passed away at his home in Nashua, New Hampshire, with his loving wife and friends surrounding him, on September 25, 2020. He was 56. Born in Washington, D.C., on September 26, 1963, he later moved with his family to Massachusetts, where he graduated from Lexington High School. He was active with the Lexington Debate Team and earned many honors during competitions around New England. He received his Bachelor’s of Science from the University of Chicago in Chemistry and his Master’s in Chemistry from Harvard University. Turning to the study of law, David earned his Juris Doctor from the University of California Hastings Law School.  For the past 30 years David practiced patent law and specialized in software, biotech, and pharmaceutical patents, with clients in the San Francisco Bay Area and the East Coast. While he often spent his days working with leading scientists, David had an abiding passion for far simpler pastimes. He was an avid military history board gamer and collector, and a model builder.  He was an early promoter of the Slow Food and the Farm-to-Table movements, and helped establish the North Berwick Farmers Market in North Berwick, Maine, where he lived for 10 years. He was also a strong supporter of homeschool education, and was proud to be a homeschooling father. David moved with his family to Nashua in 2018. Until his illness prevented him, David was a daily communicant at St. Stanislaus Catholic Church in Nashua. He was a Knight of Columbus and a member of the Confraternity of St. Peter. He was predeceased by his mother, Carol (Ruggiero) Lentini. He is survived by his beloved wife of 18 years, Meredith (Kleinschmidt) Lentini, his three children, Catherine Lentini (Kent, OH), Sarah Lentini (Portland, OR), and Anthony Lentini (Nashua, NH), his sister Kristin Lentini (Boston, MA), his father Peter and his wife Linda Lentini (Boston, MA), his in-laws, Morris and Lynnea Kleinschmidt (Berwick, ME), two nephews, Jason Hwang and Ryder Rogan (Boston, MA), and many grieving friends and relatives coast to coast. A walk-through visitation will be held on Friday, October 2nd, from 4:00-6:00 p.m. in the Dumont-Sullivan Funeral Home, 50 Ferry Street, Hudson. All guests are asked to please wear a face mask or facial covering and to abide by the social distancing guidelines in place. A Requiem Mass will be held at St. Stanislaus Catholic Church, 43 Franklin St., in Nashua, on Saturday, October 3, at 10:30 a.m. All may meet at church. Graveside interment will follow at St. Patrick’s Cemetery in Hudson. Flowers are welcome.  Memorial contributions in David’s loving memory may be made to the St. Stanislaus Church Building Fund, C/O Fr. Brancich, 5 Front Street, Nashua, NH 03064.

After a long and heroic battle with cancer, David Peter Lentini passed away at his home in Nashua, New Hampshire, with his loving wife and friends surrounding him, on September 25, 2020. He was 56. Born in Washington, D.C., on September 26,... View Obituary & Service Information

The family of David Lentini created this Life Tributes page to make it easy to share your memories.

After a long and heroic battle with cancer,&#160;David Peter Lentini...