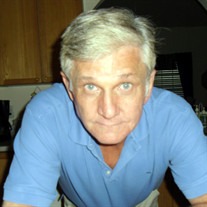 David Lewis Buhlman, 70, of North Attleboro, MA and formerly of Litchfield, NH, died unexpectedly on Tuesday, December 11, 2018. He was born August 24, 1948 in Boston, MA, son of the late Robert and Ann (Hartnett) Buhlman. David was predeceased by his wife, Ann Marie “Nanci” Buhlman in 2008. He was also predeceased by a sister, Ruth Marie Sudbey, as well as by two brothers in law, Roy Erickson and John Gorman. David was a professional engineer for many years in both NH and MA and graduated Magna Cum Laude with a Bachelors of Arts Degree from Suffolk University. He enjoyed baseball and politics and was a two term NH Sate Representative for the area of Hudson and Litchfield. He had a hobby for Genealogy, was very well read and was a published novelist. His loving family includes a brother, Robert Lawrence Buhlman and his wife Eleanor of Roslindale, MA, three sisters, Ann Claire Erickson of Dedham, MA, Judith Ann Gorman of Dedham, MA, and Mary Ellen Buhlman of Cumberland, RI, as well as many beloved nieces and nephews. David is also survived by two step sons, Donny Kennedy of Saugus, MA and Steven Kennedy and his wife Susan of Saugus, MA, as well as their two children, Paige and Zachary. A time of visitation will be held on Thursday, December 20th from 9am -10:30am in the Dumont-Sullivan Funeral Home, 50 Ferry St., in Hudson, NH. A Mass of Christian Burial will take place at 11am at Blessed John XXIII Parish in St. John the Evangelist Church, 25 Library St., in Hudson. Burial will be in St. Patrick Cemetery in Hudson.

The family of David Lewis Buhlman created this Life Tributes page to make it easy to share your memories.