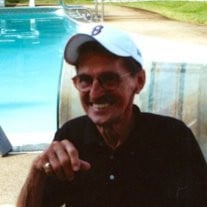 David Allan Brennan, 82 of Nashua, died Friday February 15, 2013 at his residence surrounded by his loving family. He was born May 31, 1930 in Nashua, son of the late Michael E. and Annie (Currier) Brennan. He was also predeceased by a daughter Cheryl Giguere in 2006, a son in law Daniel Giguere in 2005, as well as by ten brothers and sisters. David was the husband of Barbara (Primeau) Brennan of Nashua with whom he shared 62 years of marriage. He was a US Army Veteran, having served his country during the Korean War. David was employed for over 15 years with the International Paper Box Machine Company in Nashua and later retired from Anheuser Busch in Merrimack, where he was a dedicated employee for over 20 years. David enjoyed woodworking, playing golf, billiards, and cribbage, and vacationing with his family. He was an avid fan of the New England Patriots and the Boston Red Sox as well as a Life Time Member of the Club National and New England Teamsters. Besides his beloved wife Barbara survivors include his 14 children; Michael Brennan and his wife Alice of Lincoln, NH, Deborah Michaud and her husband Thomas of Nashua, Karen Mavrikis and her husband Donald of Nashua, Lynn Ruggles and her husband Timothy of Nashua, Kim Brennan and her significant other Henry White of Londonderry, Daniel Brennan of Nashua, Laurie Teetzel and her husband James of York, ME, Thomas Brennan of Nashua, Patricia and Thomas Gardenour of Nashua, David Brennan and his significant other Patricia Gagne of Lincoln, NH, Judith Lemay and her boyfriend Richard Pitzl of Nashua, Scott Brennan of Nashua, Steven Brennan of Nashua, Paula Brennan and her significant other Jerry Davis of Hudson. As well as 19 grandchildren, 18 great grandchildren, several brothers in law and sisters in law and many nieces, nephews, and cousins. Visiting hours will be held on Wednesday February 20th from 4pm-8pm in THE DUMONT-SULLIVAN FUNERAL HOME 50 FERRY ST IN HUDSON. A funeral mass will be celebrated on Thursday February 21st at 10am in St. Joseph the Worker Church, 777 West Hollis st. in Nashua. All May Meet At Church. Burial will be in St. Patrick Cemetery in Hudson. In lieu of flowers the family encourages donations be made in David’s loving memory to St. Joseph Home Health & Hospice, 24 North River Road, Milford, NH 03055.

David Allan Brennan, 82 of Nashua, died Friday February 15, 2013 at his residence surrounded by his loving family. He was born May 31, 1930 in Nashua, son of the late Michael E. and Annie (Currier) Brennan. He was also predeceased by a daughter... View Obituary & Service Information

The family of David Allan Brennan created this Life Tributes page to make it easy to share your memories.