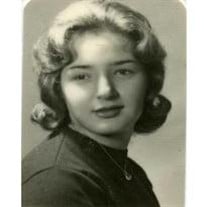 Cynthia “Syndi” Clarke, 64, of Hudson, NH died Tues. July 1, 2008 in Hudson. She was born March 8, 1944 in Shirley Township, PA, daughter of the late Albert and Gladys (Gates) Smith. Cynthia was the wife of Donald Clarke of Hudson. Cynthia moved to New Hampshire at a young age, growing up in Gilford. She graduated from Laconia High School in 1962. She then went on to complete her nursing degree at Laconia Hospital School of Nursing in 1965 and worked at several area hospitals including Lakes Region General Hospital, in Laconia NH, Monadnock Community Hospital, in Peterborough NH, Memorial Hospital (Southern NH Regional Medical Center) and St. Joseph Hospital, both in Nashua NH. She eventually left her nursing career to become a devoted wife and full time mother to her growing family in Hudson, NH, but continued to reach out to help those in need throughout the rest of her life. She was also a member of the Church of the Good Shepherd in Nashua NH. She enjoyed the beach and vacationing on Cape Cod and was an avid Red Sox and Patriots fan. Besides her loving husband Donald, survivors include four sons and three daughters in law; Wade and Jennifer Clow of Manchester, NH, Chad Clow of Auburn, ME, Aric and Laura Clarke of Hudson, NH, Troy and Serena Jo Clarke of Madison, WI. Four Grandchildren; James Clow of Manchester, Madison Clarke, Alex Clarke, and Hailey Clarke all of Hudson. A Brother; Richard Smith of Florida. As well as several nieces, nephews, and cousins. Visiting Hours will be on Tues. July 8th from 4-6pm in the DUMONT-SULLIVAN FUNERAL HOME, 50 FERRY ST., HUDSON, NH with a Prayer Service to begin at 5:30pm. Burial will be private. In lieu of flowers the family requests donations be made to the Arthritis Foundation, Northern New England Chapter, 6 Chenell Dr. , Ste 260, Concord, NH 03301.

The family of Cynthia Clarke created this Life Tributes page to make it easy to share your memories.