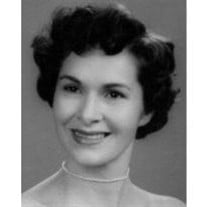 Constance Regina (Tyrrell) Sullivan of Hudson died Thursday, July 1 of natural causes at Nashua Crossings Assisted Living Facility in Nashua. Mrs. Sullivan was born on June 21, 1924 in Washington, DC. She spent her first 31 years living in and around the Washington suburbs, and she worked at the Ft. Meyers Post Office in Virginia for 14 years. This period of her life was characterized by a devotion to family, particularly her mother Teresa and her young nieces and nephews. She married Air Force Captain Charles Sullivan in 1956, and it was at this time her true calling as a wife and mother took flight. The Sullivans traveled with the Air Force for the next 14 years, spending the majority of this time in Panama City, Florida, Washington, DC, and Fairbanks, Alaska before retiring to Hudson in 1970. Mrs. Sullivan raised six children with complete devotion of heart and soul. She was a devout Catholic her entire life. Mrs. Sullivan is survived by her loving spouse of over 54 years, Charles; two daughters, Laura Larson of Manchester and Teresa Kelly of Fayetteville, Georgia; three sons, Charles, Jr. of Grosse Pointe Woods, Michigan, Timothy of Derry, and William of Honolulu, Hawaii; three sisters, Harriett Daniels of Front Royal, Virginia, Mary Biddle of Falls Church, Virginia, and Sarah Carrol of Maurertown, Virginia; one brother, William Tyrrell, Jr. of Vienna, Virginia; twelve grandchildren, two great-grandchildren, and numerous nieces, nephews, and cousins. Her legacy will live on through them. She was preceded in death by her parents, William and Teresa Tyrrell, her sister Irene Davis, and earlier this year by her son James, with whom she shared both a birthday and an inseparable bond. Private family services will be held at the DUMONT-SULLIVAN FUNERAL HOME, HUDSON with a viewing held at Dillinger Funeral Home in Woodstock, VA on Wednesday, July 7th from 4-6 pm, and a Funeral Mass will be conducted at St. John Bosco Catholic Parish, Main St., Woodstock at 11am on Thursday July 8th. A graveside service will be at Arlington National Cemetery on Thursday, August 5th at 2pm.

The family of Constance R. (Tyrrell) Sullivan created this Life Tributes page to make it easy to share your memories.