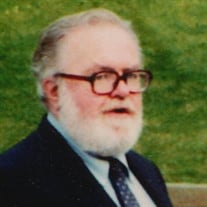 Coleman J. Kelly, 76 of Hudson, NH, died Saturday October 4, 2014 at the Community Hospice House in Merrimack surrounded by his loving family. He was born July 15, 1938 in Boston, MA, son of the late Michael and Margaret (McDonough) Kelly. He was also predeceased by his wife, Mary Jane (LaPointe) Kelly in December of 2013. Coleman served in the US Army for 20 years. During that time, he worked in the White House Communications Office for Presidents Eisenhower, Kennedy and Johnson. Following that, he served a tour in Viet Nam. After his military retirement, he worked as a consultant for Sanders Associates and WANG Laboratories. Coleman was the Director of the Hudson Cable Access Channel for many years. He also volunteered with the Little Sisters of the Poor. He is survived by two sons; Coleman Kelly of Austin, TX, Michael Kelly and his wife Celeste of New Orleans, LA, a daughter; Catherine Gibbs and her husband David of North Las Vegas, NV, three granddaughters; Kelly Gibbs, Chelsea Gibbs, and Sophia Kelly, two brothers; Michael Kelly and his wife Edie of Needham, MA, Gerard Kelly and his wife Marianne of Norwood, MA, a sister; Sr. Kathleen Kelly of Secunderabad, India, as well as several nieces and nephews and many cousins. Visiting hours will be held on Friday Oct. 10th from 4pm-8pm in THE DUMONT-SULLIVAN FUNERAL HOME, 50 FERRY ST. IN HUDSON. A funeral mass will be celebrated on Saturday Oct. 11th at 10am in St. Kathryn’s Church, 4 Dracut Road, Hudson. All may meet at church. Burial will take place later that day at 1pm in Highland Cemetery in Norwood, MA. All may meet at the cemetery. In lieu of flowers the family requests donations be made in Coleman’s loving memory to the Little Sisters of the Poor, 186 Highland Ave, Somerville, MA, 02143.

The family of Coleman J. Kelly created this Life Tributes page to make it easy to share your memories.