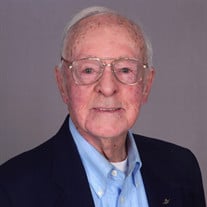 Charles J. Nagle Age 91, died January 12, 2020 Kindness Warms the Soul He was the beloved husband of the late Virginia R (Silva) Nagle, sharing a happy marriage for 25 years. Born and raised in Saugus, Mass., he was the 10th child of thirteen children born to Frank and Katherine (Sheehan) Nagle and the seventh son to serve in the military. Charlie spent four years beyond high school in the seminary in pursuit of the priesthood. His catholic religion was paramount in his life. With a change in plans, he spent 22 years as an Air Force pilot, retiring in 1974 as a Lieutenant Colonel. He was then employed by Raytheon as a corporate pilot, retiring in 1993 as manager of Executive Aircraft Operations followed by four more years as an aviation consultant to the company. In retirement he was a volunteer for the Alzheimer’s Day Away Program, the American Cancer Drivers Program and, with his wife “Gini”, a driver for Meals on Wheels. A graduate of the University of Nebraska, he continued his advanced education at the University of Colorado, the University of Buffalo and the University of Southern California. His notable awards include the Distinguished Flying Cross, the Wright Brothers Master Pilot Award and the United Nations Peace Medal for his service in Palestine. His wish was to acknowledge the mother of his children Mary L Foley-Nagle, his first wife with whom he shared 25 years; she was a wonderful wife and mother. He is survived by four children: Charles J Nagle, Jr. and his wife Sue, Regina M McCalmont and her husband James, John P Nagle and his wife Mary Catherine, Teresa E Nagle and her partner David Forgues. He is survived by six grandchildren: Neil, Alison, Jennifer, Leah, Christyna and Julia; his three step-children: Sandra Cassidy, Cynthia Allard and her husband Gerald, and Mark Fuce; three step grandchildren: Joshua and his wife Spencer, Adam and Abbey; two sisters Theresa Garrity, and Dorothea Tormey, a brother William, and sisters- in-law Betty Nagle and Jeanette Nagle. He was a good brother and brother-in-law to the late Francis & Nida Nagle, John & Marguarite Nagle, Leo & Phyllis Nagle, Lawrence Nagle, James and Betty Nagle, Thomas & Barbara Nagle, David Nagle, Rita & Frederick Walsh, Katherine & Edward Leonard, Frank Garrity, Thomas Tormey. A Mass of Christian Burial will take place on Saturday, January 18th at 10am in Immaculate Conception Church, 216 East Dunstable Road, Nashua, NH. All may meet at church. Burial will take place in Edgewood Cemetery in Nashua. In lieu of flowers, please consider a donation to: Catholic Charities N.H., Dept. D, P.O. Box 9510, Manchester, NH O3108 or online at https://www.cc-nh.org

Charles J. Nagle Age 91, died January 12, 2020 Kindness Warms the Soul He was the beloved husband of the late Virginia R (Silva) Nagle, sharing a happy marriage for 25 years. Born and raised in Saugus, Mass., he was the 10th child of thirteen... View Obituary & Service Information

The family of Charles Joseph Nagle created this Life Tributes page to make it easy to share your memories.