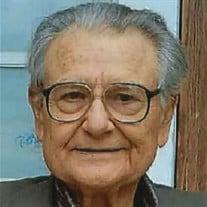 Soydemir, Çetin (“Chet”) age 79, of Nashua, NH, formerly of Tyngsboro, MA died suddenly on September 22, 2014. Born on July 15, 1935 in Izmir, Turkey. Cetin came to the United States, to continue his studies. Cetin was a graduate of Harvard University, Cambridge MA; Princeton University Princeton, NJ and Massachusetts Institute of Technologies (MIT); Cambridge, MA. Cetin loved his work in the field of Geotechnical Engineering. Cetin continued to work daily and was working as a Senior Geotechnical Consultant at Environmental Compliance Services, Inc. Woburn MA; prior to 2009, he was employed at Geotechnical Services, Inc. (GSI) of Goffstown, NH and had a very distinguished twenty four year career as a VP and Senior Geotechnical Consultant at Haley & Aldrich, Inc. of Boston, MA starting in 1977. He also spent time teaching at University of Massachusetts-Lowell, Lowell, MA. He was a true advocate of learning and education. Cetin was a devoted husband to his late wife Shirley (Franklin) Soydemir and is survived by his son Kemal Soydemir and his wife Lori and their five grandchildren of Indiana. Cetin is survived by his family from Turkey, his sister Bilge Tuksavul and her husband Teoman Tuksavul; brother Tekin Soydemir and his wife Deniz Soydemir; niece Nazan Basmaci and her husband Ahmet Basmacı and their son and daughter Cevik and Nisan; niece Senay Seymen and her husband Ibrahim Seymen and their daughter Simya Seymen; nephew Serdar Soydemir and his wife Mihaela Soydemir. He is also survived by his extended family, friends in the Northern Massachusetts and Southern New Hampshire area. He loved animals, reading, and traveling back to his homeland of Turkey. Cetin was an extremely kind man and a true gentleman who received great joy when gathering with his loving family, extended family, friends and colleagues. Cetin will be greatly missed by all. In Lieu of flowers memorial donations may be made in his memory to the charity of one's choice. Visiting Hours will be held on Monday September 29th from 9-11am at the Dumont-Sullivan Funeral Home, 370 Main St., Nashua. Burial will take place following services at Blue Hill Cemetery, 700 West Street, Braintree, MA.

The family of Cetin Soydemir created this Life Tributes page to make it easy to share your memories.