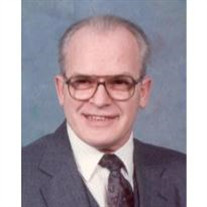 Arthur G. Raymond Sr., 75, of Nashua NH, died on Fri. Nov. 14, 2008 at his home after a courageous battle with cancer. Arthur was born in Nashua on March 26, 1933 son of the late Antoine T. and Irene (Pinette) Raymond and was also predeceased by two brothers; Raoul W. Raymond and Antoine C. Raymond and a sister; Gertrude Boulanger. Arthur was the loving husband of Patricia I. (Bonner) Raymond of Nashua with whom he shared 51 years of marriage. Educated locally, Arthur graduated from Saint Francis Xavier. At 17 he enlisted in the US Navy where he served aboard the USS NEW JERSEY (1950-54) and is a veteran of the Korean conflict and was the recipient of several personal awards. After discharge from the service he moved to Philadelphia, PA and became a Merchant Marine for the Atlantic Refining Company and then subsequently took employment at Cargill Inc. In 1964 he moved back to Nashua to raise his family and went to work at Royal Business Forms until 1988. He retired in 1994 from Murray Publishing of Westford, MA as a publishing supervisor. Arthur was truly civic minded and devoted to his “home town.” He was a grassroots member of the Nashua Bicentennial Committee from 1974-77 where he, along with his brother, Antoine C. Raymond, designed the official bicentennial logo for the city. The logo was minted on coins, reproduced on decals, pins and posters to raise money for the celebrations and can still be seen on monuments around Nashua. He also held a leadership role in the revolutionary war re-enactment group: The 1st New Hampshire Regiment. Arthur also held a term as the Troop Committee President for the local Boy Scout Troop 255 of Saint Louis de Gonzague Church, providing the example and guidance for his three sons to attain the rank of Eagle Scout. Arthur was well known for his artistic talents and often made paintings and drawings for friends and family. He kept membership in the Veterans of Foreign Wars Post 483, the Disabled American Veterans group and the Korean War Veterans Association. Besides his loving wife, Arthur is survived by his four children; Arthur G. Raymond Jr. of Waltham, MA, LCDR Andrew G. Raymond and his wife Georgie P. of Virginia Beach, VA, Alan T. Raymond of Nashua and Dominique A. (Raymond) Stevens and her husband Paul J. of San Diego, CA. Eight grandchildren; Somantha of San Diego, CA, Arthur III (US Navy), Anthony (US Army), Cameron, Jordan, Tanner, Miles and Elgin all of Virginia Beach, VA. A brother; Joseph F. Raymond and his wife Pauline. Two sisters; Mrs. Florence Mitchell and Mrs. Constance Boucher. Three sister-in-laws; Marguerite Raymond, Rose-Marie Frechette and Patricia Bonner and many nieces and nephews. Visiting hours will be held on Tues. Nov. 18th from 4-7pm in the DUMONT-SULLIVAN FUNERAL HOME, 50 FERRY ST., HUDSON. Funeral Services to begin at 6:30pm. Burial will be private.

Arthur G. Raymond Sr., 75, of Nashua NH, died on Fri. Nov. 14, 2008 at his home after a courageous battle with cancer. Arthur was born in Nashua on March 26, 1933 son of the late Antoine T. and Irene (Pinette) Raymond and was also predeceased... View Obituary & Service Information

The family of Arthur G. Raymond Sr. created this Life Tributes page to make it easy to share your memories.