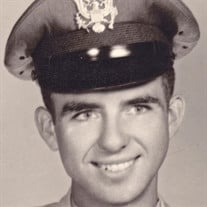 Major Alfred S. Despres, Jr., USAF Retired, 88, of Hudson, NH, died Tuesday, March 7th. Alfred was born to Alfred S. Despres Sr. and Bernadette (Ouellette) in Jaffrey, NH. He grew up in Jaffrey and attended Conant High School. From an early age he had a fascination with airplanes that would last a lifetime. He soloed for his pilot’s license at Silver Ranch Airpark in Jaffrey, NH, while still in high school. Following graduation, Alfred joined the U.S. Air Force. Throughout his 20 years of service, he was stationed at bases and flew missions around the world. He served in the 40th Bomb Wing, Air Weather Service, and in Strategic Air Command. Alfred was awarded the Airman’s Medal for Heroism by the U.S. Air Force and selected for the Cheney Award for his act of valor and risk to life in his rescue efforts of pilot and crew in their burning plane after a crash landing in January 1960 at Eielson AFB, Alaska. After retirement from the Air Force, he worked at Boire Field, Nashua, and then at the Manchester Airport as Chief Mechanic Inspector for Precision Airlines and Northwest Airlink. After his retirement from Precision, he continued his love of flying, participating for the next 20 years with friends in “The Dawn Patrol” group flying around New England. He was active in the V.F.W. and Knights of Columbus at St. John the Evangelist, Hudson, and later at St. Finbarr, Naples, FL. Alfred is survived by his wife of 53 years, Marian (Schrader); his children Mary Donovan and husband Brian, Stan Despres and wife Tracy, Anne Despres, Cherie Despres; and grandchildren Katy Rose Donovan, Daniel and David Despres. Alfred was predeceased by his brother Joseph Despres. He is survived by his brothers Charles, Robert, David and wife Violet; sisters Betty Twitchell and husband Terry, Pamela Parrish, and Peggy Paige and husband Nick; sister-in-law Rita Despres, nieces, nephews, and friends. Burial and graveside service will be held Friday, May 12th, 2 p.m. At the Mount Calvary Cemetery located at 10-12 Ling Street, Marlborough, NH. In lieu of flowers, those wishing to make a donation may make contributions in Alfred’s memory to the Aviation Museum of New Hampshire, 27 Navigator Road, Londonderry, NH, 03053.

The family of Major Alfred S. Despres Jr. created this Life Tributes page to make it easy to share your memories.